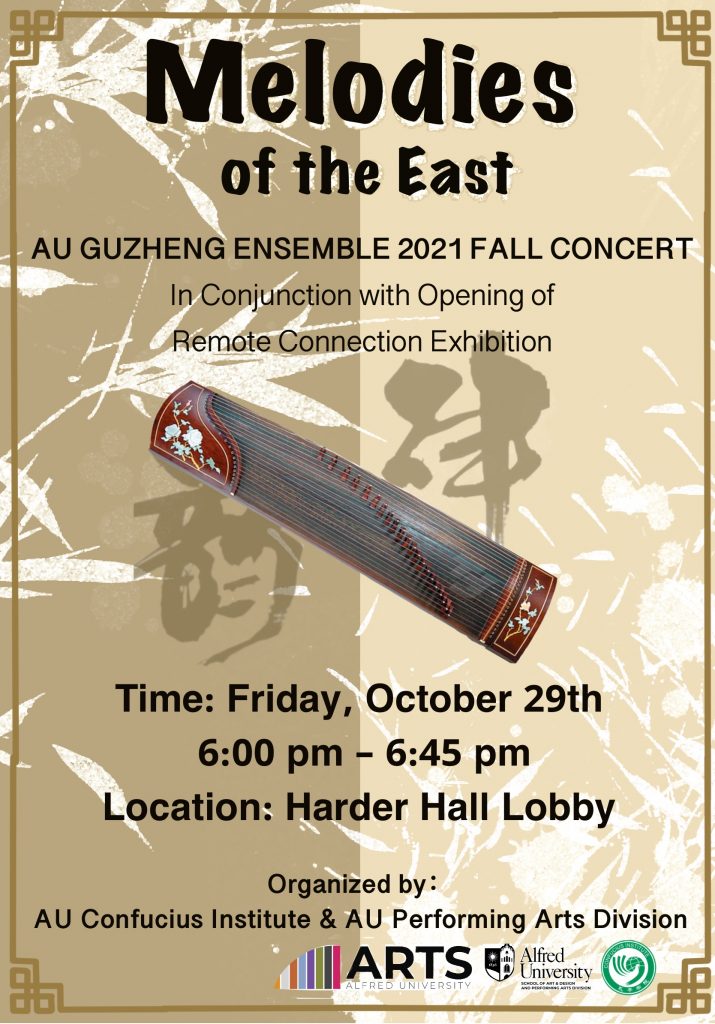 Organized by AU’s Confucius Institute and Performing Arts Division, the AU Guzheng Ensemble 2021 Fall Concert Melodies of the East will be hold on Friday October 29th, 6pm in Harder Hall Lobby. This concert is also in Conjunction with the Opening of Remote Connection exhibition. In this international exhibition, faculty from AU Division of Expanded Media will show with faculty from the Central Academy of Fine Arts, Beijing, China. Guzheng is a traditional Chinese instrument with more than 2,700 years of history. In collaboration with the Confucius Institute at AU, AU’s Division of Performing Arts has since 2010 offered “Music of Guzheng” and “Guzheng Ensemble” courses taught by award-winning guzheng artist, Zhongbei (Daisy) Wu. In the past ten years, more than one hundred Alfred University students have learned to play guzheng. The AU Guzheng Ensemble has given many successful concerts on campus, in New York City, in the National Press Club in Washington, D.C. and tour performance in four colleges at 3 cities in China. The ensemble won Gold Medals at the New York Chinese Musical Instrument International Competition in New York City in both 2016 and 2019.