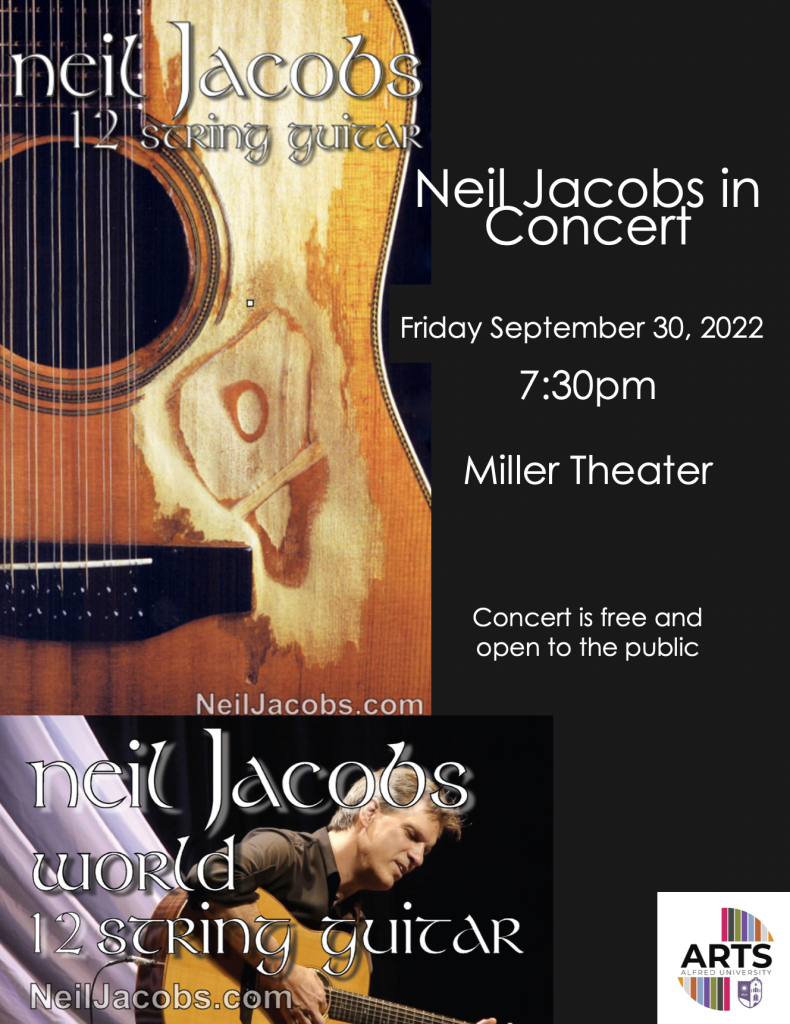 World renowned guitarist, Neil Jacobs returns to the Alfred community with a 3-day residency and performance featuring his unique brand of World Music. Neil will lecture to the Cultural Competency in Music course on Wed. Sept. 28 at 3:20, and is and will present a Bergren Forum at 12:10 in Nevins Theater, Thursday, September 29th.

Neil’s personal experiences performing in refugee camps in Bosnia and the Balkans following the Balkan War inspired him to study the treasured Sevdalinka music of Bosnia. He caught the attention of Bosniak writer Edib Kadic in Sarajevo who conducted an extensive interview, which led to a five page STAV Magazine article on Neil Jacobs published in Sarajevo in 2020. The article outlines Neil’s diverse musical history and explains how he became fascinated by Sevdah music.

His residency will culminate in a solo performance on Friday, September 30 at 7:30 pm in Miller Theater. This concert is free and open to the public.