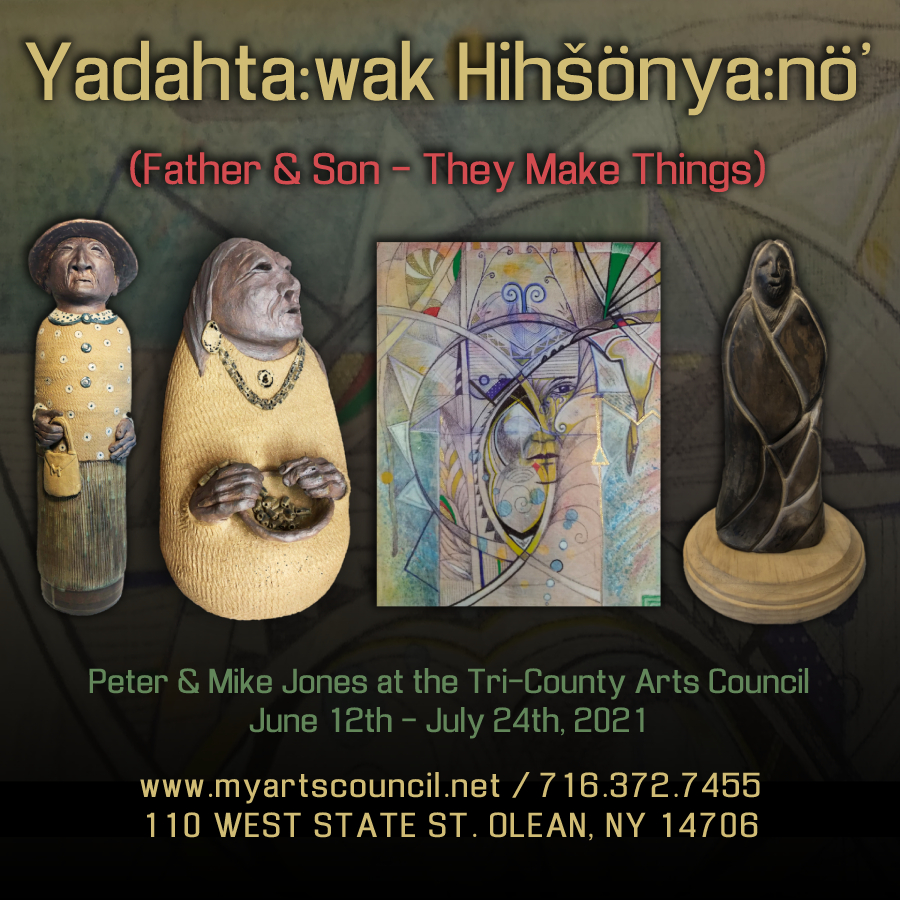 The Tri-County Arts Council is proud to present “Yadahta:wak Hihšönya:nö’ (Father & Son – They Make Things)” Pottery, sculpture, and paintings by renowned artists Peter and Mike Jones. The work of both artists reflect their Native heritage and issues that have impacted the Hodínöhsö:ni:h “People of the Long House”.

Internationally renown potter and sculptor Peter Jones, whose work is “neo-traditional” a modern take on pre-colonization Iroquois pottery forms that had died out in the 1500’s. Peter studied under Hopi artist Otellie Loloma while attending the Institute of the American Indian Art in New Mexico. His work is in private and public collections world-wide, including the Smithsonian National Museum of the American Indian and Heard Museum.

​Mike Jones, who learned pottery from his father Peter, also paints and sculpts, taking inspiration from a diverse set of Native and Non-Native artists such as T.C. Cannon, Dan Namingha, Earl Bliss, M.C. Escher and Gustav Klimt among others. Mike’s work is in collections nationwide, including the Heard Museum, the Iroquois Indian Museum, and the Indian Arts and Crafts Board.