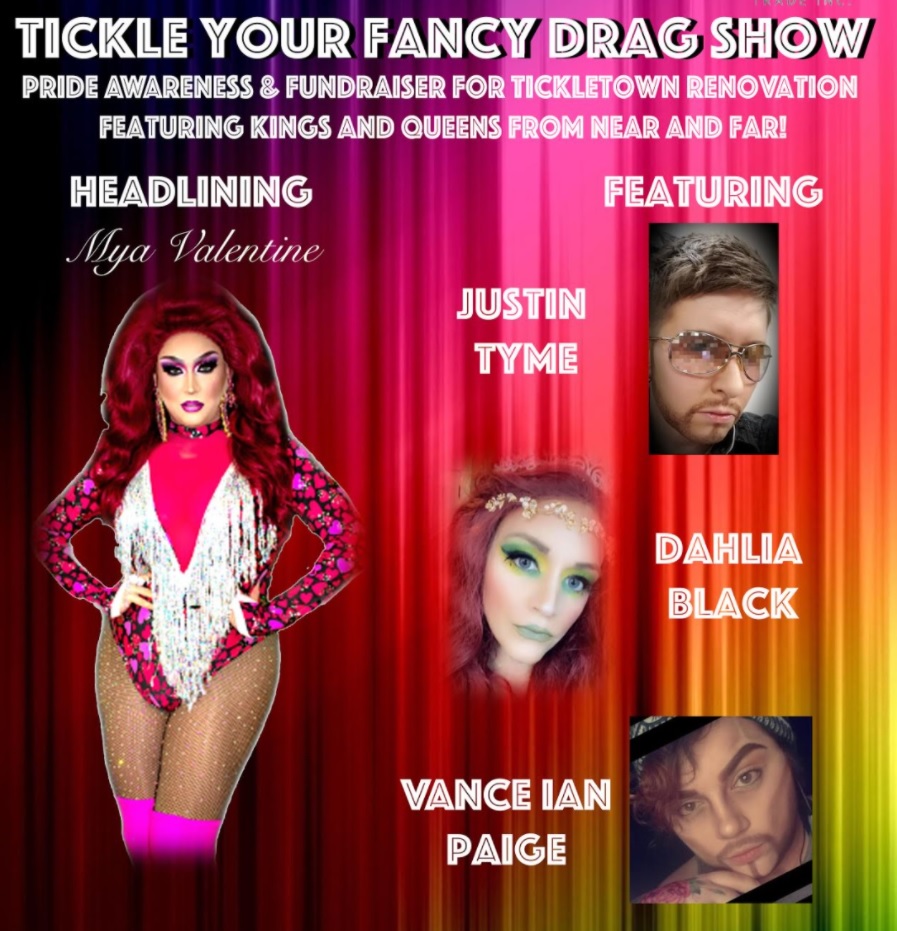 Pride Awareness & Fundraiser for Tickletown renovations. This is an outdoor event hosting Kings and Queens from near and far!
Our headliner is Mya Valentine, proud pride member of Seneca Nation and Queen extraordinaire!

Featuring performances from
Dahlia Black – Director of House of Black in Olean, NY. Been performing for 3 years and is as fierce as they come!

Vance Ian Paige – Talent Director for House of Black and cast member of Veronyca’s Showgirls. Been performing for 5 years and loves to impress.

Justin Tyme – Co-Owner and Director of Veronyca’s Showgirls in Olean, NY. The longest performing king in the local area with 15 years under his belt, holds 2 local titles and is as versatile as they come.
And much, much more! See Less